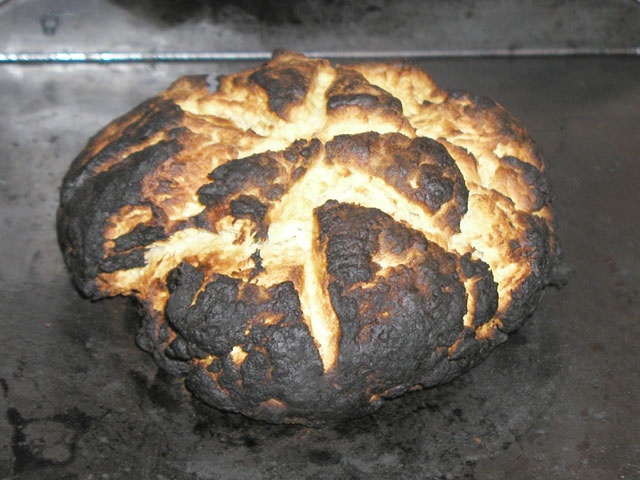 “Afterward take the various breads from their hands, and burn them on the altar along with the burnt offering. It is a pleasing aroma to the Lord, a special gift for Him.”

I’m trying to look at this through the eyes of the Israelites who were hearing these instructions for the first time. They were wandering, fresh nomads who had not settled and did not grow crops. They walked out every morning hoping there would be food on the ground to gather so they could eat that day. They hadn’t been disappointed so far, but they couldn’t keep leftovers, so it would be easy to be a little on edge about the food issue.

And then they hear this:

Make bread, not from the manna you have plenty of, but from fine wheat flour and oil. Put the loaves in a basket at the tabernacle entrance before the Lord. Then put the basket in the priest’s hands to hold up toward the Lord.

And then burn them.

Eventually this became normal as Israel grew accustomed to God’s law, but initially, I wonder if anyone reacted.

You mean make bread, loaves of good, hard-to-come-by bread, and then burn it on purpose?! What a waste! We could eat it and put it to good use after you’re finished holding it up in a basket! Why burn it?

But they were not to eat it, because it was holy.

It is hard, when God asks me to offer something I think could be used a better way, to remember that if it is offered to Him, it is not wasted.

My time, my training, my plans – even as I lay them before Him and follow, I am often upset when I don’t see what my sacrifice accomplished; when it seems like what I’ve given up was wasted.

It doesn’t seem like burning bread would accomplish all that much, but maybe burnt bread did a whole lot more for the Israelite people as an offering than it would have as food. Giving up perfectly good bread to be burned took trusting that there would be manna tomorrow; it meant deciding that it’s not as ridiculous as it seems to burn up food when you know the One you are offering it to can come up with plenty more.

Maybe sometimes, what God asks me to offer is not only about what He could accomplish with what I give, but about what He accomplishes in my heart by asking me to let go and give it to Him.

Let’s be honest, somebody put in the work to make those loaves by hand, and some of the loaves fed the priests, but some of them were tossed in the fire, and if it had been me, it would be easy to throw up my hands and say

“If you were going to burn three of them, why didn’t I just make three less?! That’s time and wheat flour I can never get back!”

But another way to react would be this:

“The loaves I crafted with these fallen hands were considered too holy for human lips. They were destroyed, yes, but that burning was a gift to the Lord, and He does not think it was for nothing.”

When I don’t see what we’re accomplishing here, help me to remember that it is a sweet and holy thing to give to you – that I can trust the hands in which I place the offerings I hold precious, and I can value the work you do in my heart even when it seems like what I’ve given is burnt or lost. Maybe sometimes, my soul needs to do something hard so I will remember that you are there in the hard things. And when I let something I think I need go, I see again that you are still taking care of me, and that nothing you ask me to give up will leave me at a deficit.

Thank you, Lord, for holding my small gifts as precious, my unseen sacrifices as special, and for never wasting what you call me to offer.