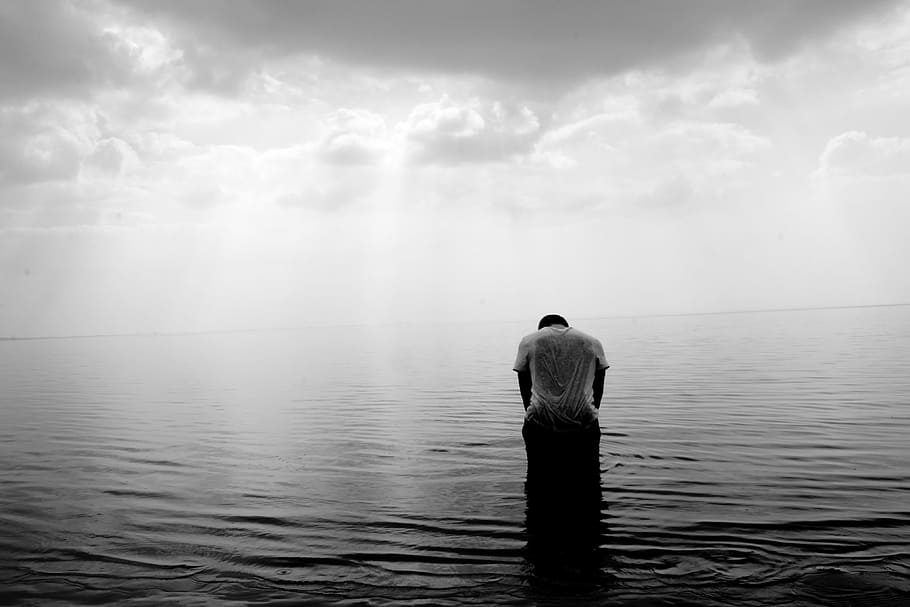 “My heart’s cry for Moab is like a lament on a harp. I am filled with anguish…The people of Moab will worship at their pagan shrines, but it will do them no good. They will cry to the gods in their temples, but no one will be able to save them.”

He crafted each person to search after and find him, to cry to him for help, and it hurts to watch his creation plead for aid from the lifeless shrines they have built to replace him, when he is so willing and ready to rescue the one who calls on him.

It’s like 911 operators are awake and waiting to answer a call for help, but the people in trouble keep dialing the number for an empty building because it looks like a firehouse.

Many, many lifeless gods in every form imaginable have taken the place of worship in human hearts. And we can serve them faithfully and cry out with all the sincerity we can muster and really believe that help is coming, but the building is still empty, and there’s no one to answer the phone.

God’s heart raged over Israel turning away from him: the people who knew 911 and decided dialing a different number was a better idea. And God’s heart broke for Moab, who had never been taught to call 911 in the first place.

Many, many more Moabs still cry out to lifeless gods. Many people are still calling empty buildings that look like firehouses.

Prepare their hearts to turn to you.
Prepare our hearts to remain fixed on you.
Use us to reach into every Moab and teach them who you are.

You are eager and ready and able to hear their cry and rescue them.

“God has given us this task of reconciling people to him.  For God was in Christ, reconciling the world to himself, no longer counting people’s sins against them. And he gave us this wonderful message of reconciliation…God is making his appeal through us. We speak for Christ when we plead, “Come back to God!” For God made Christ, who never sinned, to be the offering for our sin, so that we could be made right with God through Christ.”

“Hezekiah…was twenty-five years old when he became king…He did what was pleasing in the Lord’s sight…He removed the pagan shrines, smashed the sacred pillars, and cut down the Asherah poles. He broke up the bronze serpent that Moses had made, because the people of Israel had been offering sacrifices to it…”

My trust in the Lord is a most precious thing. Unseen wars are waged against it, constant messages seek to make it shift, even just a little.

Reading through 2 Kings, I was struck by how many kings of Judah were godly leaders for the most part, but shied away from the bold actions their nation needed from them. They did not actively turn away from the one true God, but they allowed the worship of other idols alongside Him.

2 Kings 18 highlights one king who set things up differently. He stripped away and tore down any other receptacle of worship – even if it once served a good purpose (the bronze serpent), but had since become a replacement for God himself.

The worship God seeks from us is pure of man’s ideas, methods, and supplements.

One king believed in his God enough to tear all the rest of it down, and when the most powerful empire in the world besieged his small kingdom, he was defended by the Angel of the Lord, who extinguished 185,000 warrior lives in the night and swept away the threat encamped outside his walls as easily as a breeze clears away the chaff.

The massive Assyrian forces had poured across the land, conquering everyone in their path, but small Judah was impenetrable to them because Jehovah would not allow them to harm her.

Hezekiah did not forge emergency alliances, come up with a back-up strategy, surrender to spare his people, or lay tribute at the altar of any and every god who might come to his aid. He went to Jehovah over and over and over as the situation became more dire. He held his ground and trusted his God, and his God was faithful to defend him.

In my life, may I be the Hezekiah, the Gideon, the Ephesian believers who burned their magic books.